Why do stability analysis?  There are many reasons.  First, to assure that the feedback loop is free from oscillations under all conditions of line, load, and environment. Minimize the circuit response time to transient disturbances.  Minimize input filter requirements by maximizing loop bandwidth.  And finally, minimize the power supply’s output impedance and improve transient load response. 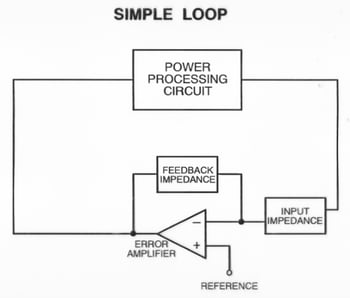 The first thing to consider is the basic feature's of feedback loop as shown in Figure 1.  It consists of a power processing block called the modulator or plant and an error detecting block called the error amplifier or compensator.  An output variable, such as voltage, is sensed and compared to a reference. The difference between the two is inverted then amplified and used to control the modulator.  This works well at DC but higher frequencies reactive components and time delays will cause phase shifts around the feedback loop.  Once the phase shift reaches 360 degrees and if the gain is 1 or greater oscillation will occur because the feedback has now become positive.

Avoiding instability is why it is necessary to measure the open loop or loop gain.  It is the gain around the feedback loop.  In Figure 2, the loop gain is actually –GH where G is the plant or power stage transfer function and H is the error amplifier or compensator transfer function.  The negative sign is the inversion of the output of the loop typically caused by the inverting error amplifier.  Any frequency response analyzer will measure this inversion or extra 180 degrees of phase shift when measuring loop gain. This is why gain and phase margin are measured in reference to 0 or 360 degrees on Venable gain-phase plots. For more information see the blog post on Determining Gain and Phase Margins on Venable Bode Plots. 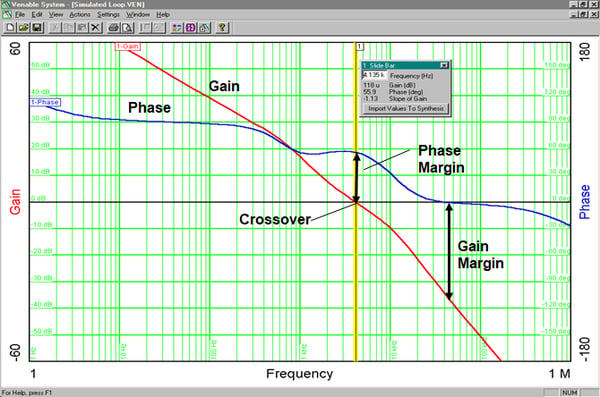 To compensate the feedback loop the modulator or control to output transfer function has to be measured. The modulator consists of the pulse width modulator, the switches, consisting of a transistor and a diode or another transistor, and an LC filter, consisting of inductor and capacitor. The control to output transfer function is measured using the same injection point as measuring a feedback loop except one measurement channel, V3, is connected to the output of the error amplifier while the other channel, V2 is connected at the output of the power supply as shown in Figure 4. 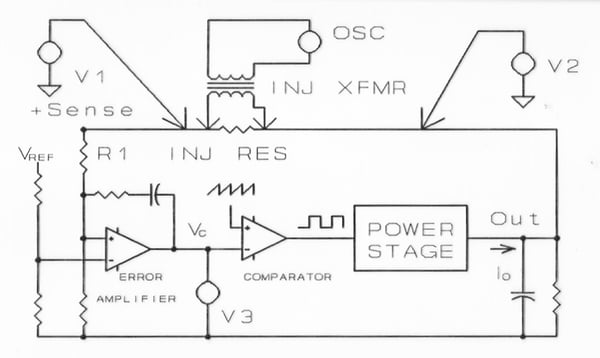 It is possible to measure the control to output transfer function with loop open and the power supply biased up to the operating point using Frequency Response Analyzer generator DC offset feature as long as the open loop gain is not too high. In most cases, this is not possible and it is much easier to make this measurement with the loop closed. 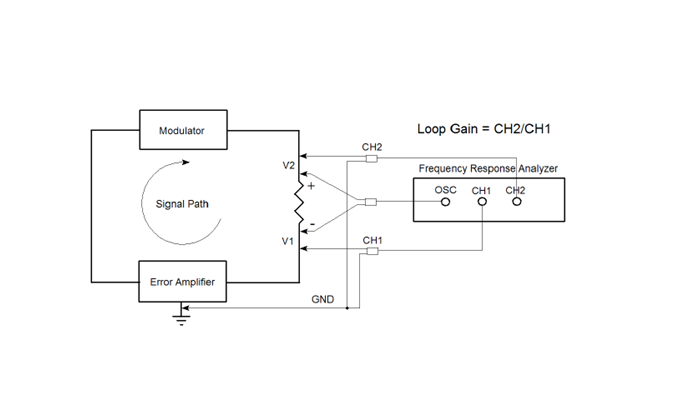 Venable Instruments vs. The Supply Chain